The call came from Lima. It was September 2001 and Patricia Castro Obando (who joined El Comorcio in 1994) was taking a course on religiosity in the east of Taiwan. Was at the other end of the line Virginia RosasEditor of the World Division at the time. Rosas and Castro did not know each other personally or they did not work together, but the demand was urgent: they had to travel Afghanistan In the aftermath of the September 11 attacks and the subsequent US invasion, cover up the conflict in the region. Patricia was not only nearby, but ready.

Castro did what no other woman in Peru did: she became War Reporter. The fact that happened “Completely accidental” Recalled at Testimony He wrote about 180 years Trade– It will change his life. “Virginia Rosas proposed it to me, but not by my femininity”, Tell us. “It doesn’t matter. I’m a journalist. I was in Taiwan. I can go to Afghanistan fast.”, Continue. The responsibility on all fronts is enormous.

Patricia came first Pakistan: No one could enter Afghanistan Why The Taliban still had power. Thus, he lived for many months in the border town Peshawar, From where he reported to this newspaper. In 2004 he told the reporter again, this time from Iraq.

Twenty years have passed since that first great coverage, but this week time seems to have returned. We talked to Patricia, who lives in China – about the recent events in the Middle East following the regime change and the capture of the Taliban.

You went to Afghanistan in September 2001 after the attack on the Twin Towers. What is your product for coverage?

I have no special product of any kind. I have always had a great interest in the Asian theme. From a young age, she collected newspaper clippings, pictures, drawings and some second hand books she found, but nothing more. I was impressed by the East, the distance, the middle, the near. Asia is not far from me. When Afghanistan I was taking a course in Taiwan that I received on a scholarship.

– Have you sometimes been reluctant to accept the proposal out of fear of the environment (please by Virginia Rosas, author of the Mundo section of El Comercio)? What did your colleagues advise you to do?

I have no doubt that it is the most important coverage for the newspaper. I have prepared myself over the years to face the growing challenges. For that, I was very prepared. The only fear I had was not being able to do my job properly due to external reasons. I didn’t have a chance to talk to my colleagues before coming Afghanistan.

– 20 years ago, were women often sent for this type of coverage? What is your biggest challenge in that regard?

Women are not sent for this type of coverage. I went it alone because Mundo’s teacher Virginia Rosas recommended it to me. But he didn’t do it because of my femininity. She did it because I was geographically close to the scene. It doesn’t matter if I am a man or a woman, I was a journalist, I was in Taiwan and I could go to Afghanistan fast. She did not know me, she was not my boss, she was not my friend, she only looked at my records. The first thing he said to me was: “You know, you have to come back safely, otherwise they killed me for sending a girl.” I replied: “Yes boss.”

– How did you get in touch with Peru in the absence of the Internet? For example how did you organize work and transportation?

“Internet cafes” were very popular in those years, like an “internet booth” on the border between Pakistan and Afghanistan. From there I had very weak internet access but it worked. So I booked a booth to send my notes and my photos every day. When the internet was not working, a colleague from Mundo called me and ordered my note. The owners of the hotels realized that this was important for the reporters and installed the most expensive internet in the hotel. The 9 hour difference with Lima was in my favor, so I started collecting information, revealing my role, scanning photos, and writing my note, and almost everything was ready when I joined Lima. The inn owner recommended me a taxi driver, who brought me a translator to move me around the area.

-Watching this news by female journalists is not only worrying, it is really dangerous. If you were there again in 2021, how would you do it?

I went unnoticed. I dressed like a local woman, my figure was not threatening, I never attracted attention. Sometimes I felt invisible, especially under the burqa. For example, men, including officers, do not see me or want to answer my questions at a press conference. But since she was harmless and a woman, I could talk to local women, children, the elderly because no one cared, they invited me to their homes. To many of them I am not a woman, but a foreigner, and a different thing, because I do not look like a “foreigner”, but rather a woman of the Hazara ethnic group. I will do the same work I did in Afghanistan in 2001 and Iraq in 2003: an employer with clear ideas, a team in Lima to work collaboratively, a coverage program designed for our audience, a mission to understand that this is not a job. Any journalist from our magazine has this belief, it does not matter if he is a woman or a man.

read more: Diana and Patricia: They met 30 years ago, they got married, marriage will soon be part of a documentary

“It’s been going on for 20 years.” Are there any similarities in the current context?

History is round and repeats itself. The only difference is that twenty years ago, the US military occupied the country and now it is out. The Taliban are the ones who will not leave. While conflicts over ethnic, political, social and other issues in Afghanistan have been a constant in this country’s history, the incompetence of various Afghan officials has not always caused the slightest or little attention to those most in need. Management failure. It is said that Hamid Karzai was the leader of Kabul at that time because he did not handle the rest of the country beyond the capital. But Kabul is not Afghanistan, so the improvements implemented in the capital have never been extended to the majority. I think all of those people are tired of waiting.

This trip had a huge impact on your career, but also personal. What happened after that?

Both Afghanistan and Iraq changed my life. As a journalist, it made me more aware of the need to contribute to the promotion of resolving conflicts through negotiations, so they should not go to war because in a war we all lose, especially the most vulnerable, such as women and children, the elderly and thousands and thousands of displaced people. I will say that I have never returned from those wars. After Iraq I went to China and was born there again. 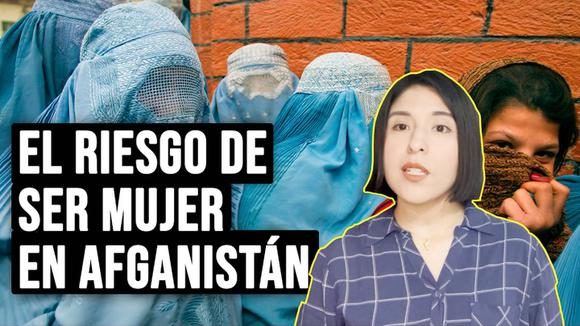 The return of the Taliban to power in Afghanistan has caused deep fear among the people, mainly among women, who fear that their rights will be curtailed.