An Ipsos survey of opinion leaders in Latin America indicates that only 15% approve of Peru’s President Pedro Castillo’s performance. He recently completed his first year.

In a survey of 297 opinion leaders from 12 countries in the region, only Cuba’s rulers Miguel Díaz-Canel and Venezuela’s Nicolás Maduro have lower approval ratings: 14% and 5% respectively.

Meera: Maybe we can, maybe we can. Chronicle of the two parties filling the vacancy

Regarding the economic condition of the country, 56% said it was bad, 26% said it was good and 10% said it was very bad. And, 64% believe it Inflation in Peru will increase in the following year. This percentage is second only to Argentina at 85% and Venezuela at 72%.

Political scientist Catherine Zegarra attributes this low recognition of Castillo to the weakness of his administration, his erratic behavior and The instability of its officers. Internationalist Óscar Vidarte cites similar factors and points out that it is “already an issue that goes beyond Peru, and the region recognizes it”.

As Vidarte comments on the view of Peru as a flawed democracy, this view is consequential. Peru has experienced political instability since 2016. 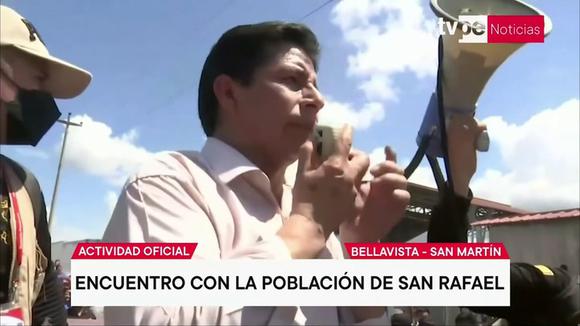 Meanwhile, Jegarra said that the communication between the citizens and the rulers was severed. “Democracy goes beyond clean elections and takes into account how the government responds to the needs of citizens,” he said.

Regarding the negative outlook for the economy, Zegarra considered them worrisome and linked them to distrust in institutions. Meanwhile, Vidarte cautioned that opinions collected in this type of survey are usually taken into account by economic actors.